Steel Challenge is the ultimate test of speed and accuracy. Competitors shoot eight separate configurations of five plates (a “stage”), four of which are “primary” plates and one is designated the “stop” plate.

Competitors shoot each configuration five times, discarding their worst time. Each plate must be hit once during each of the five attempts or “runs”, with the “stop” plate hit last. It is up to the competitor to choose in which order they engage the plates. There is a three second penalty for each missed plate. The competitors aggregated time is their score for the match, so it pays to shoot fast (and accurately)!

Scoring of the match is tracked at squad level, so each competitor knows exactly how far they are in front of (or behind) their competition. Pressure builds as the match progresses and the lead can see-saw right up to the last stage. 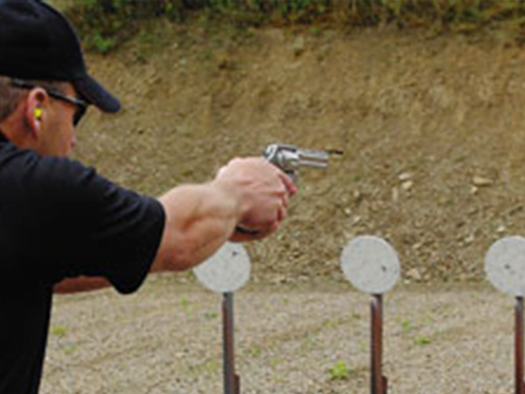