IPSC, which stands for International Practical Shooting Confederation, is a discipline of shooting unlike any other.

Practical shooting, unlike other disciplines, uses multiple targets set up in a unique pattern across a range, each arrangement is called a “stage.”  The competitor draws their handgun from a holster and engages the targets in their own choice of order, reloading with spare magazines they take with them on their belt. Some stages require a competitor to move from a start position on the range and move around the range to engage targets.

The score the competitor achieves on the targets in a stage is totaled and then divided by their total time taken to complete the stage. A match is made up of a number of stages and the competitors scores are combined and ranked from highest to lowest to establish the match placings.

Competitors shoot under the direct supervision of a qualified safety officer (Range Officer) at all times. There are strict rules and procedures that all competitors must adhere to at matches. All competitors must train for and pass a Holster Proficiency Safety test prior to joining IPSC.

The competition is shot with centrefire pistols only. 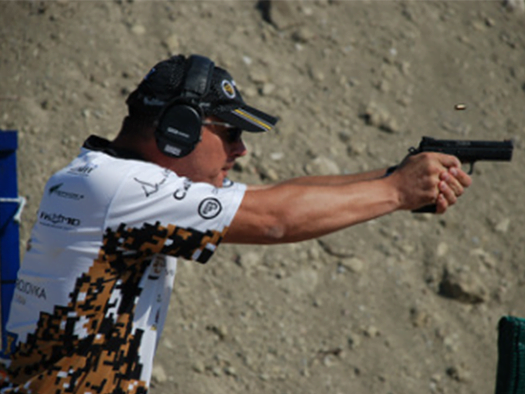